Storage merchants could receive the rewards after providing storage services. The rewards include two aspects:

The staking reward will be proportionally distributed to the nodes participating in the staking in the network at each ERA. 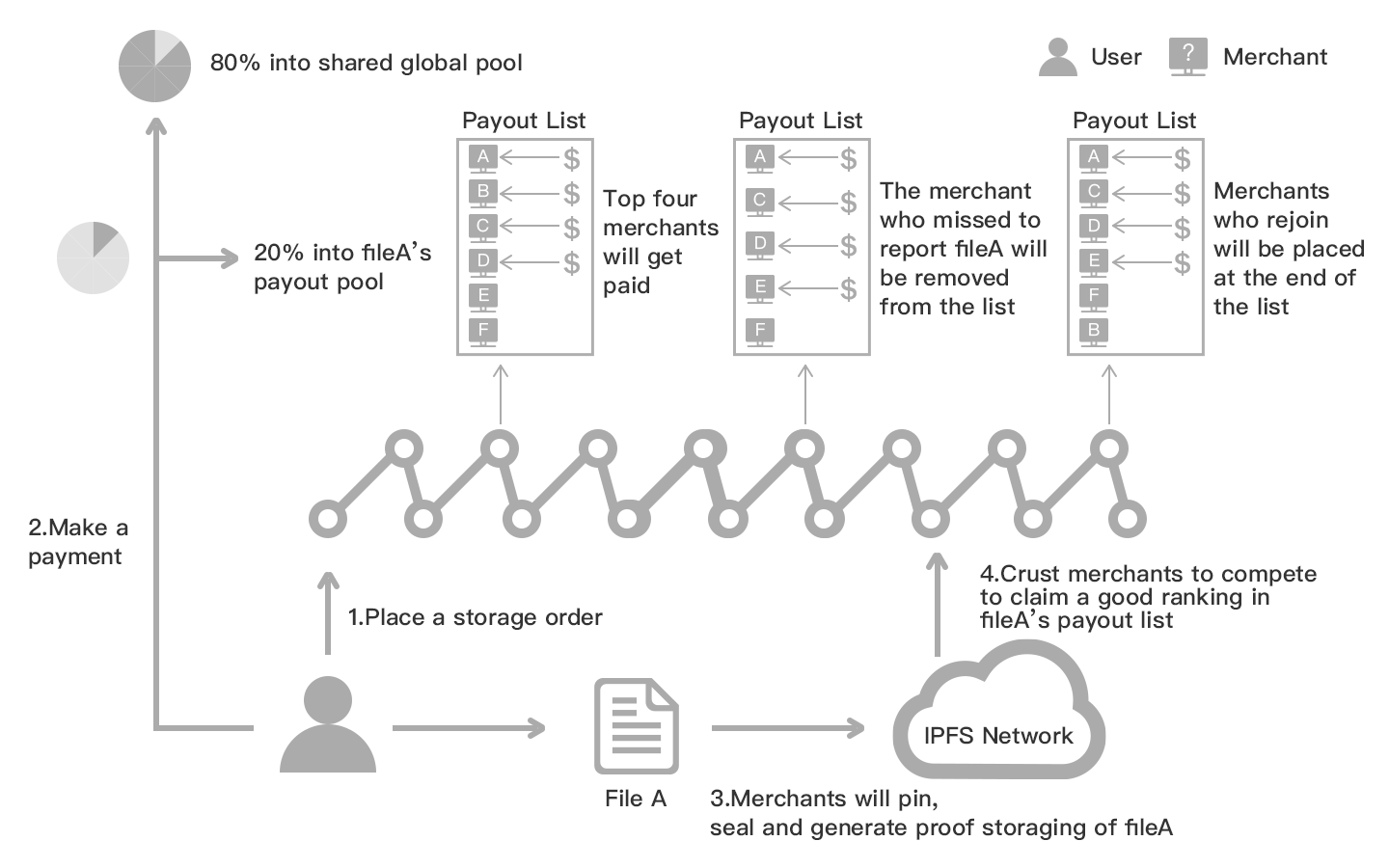 The process for storage merchants to obtain files and storage rewards is shown in the figure above: